ResLife Myth #4: RA Training Needs To Be Two Weeks To Be Effective 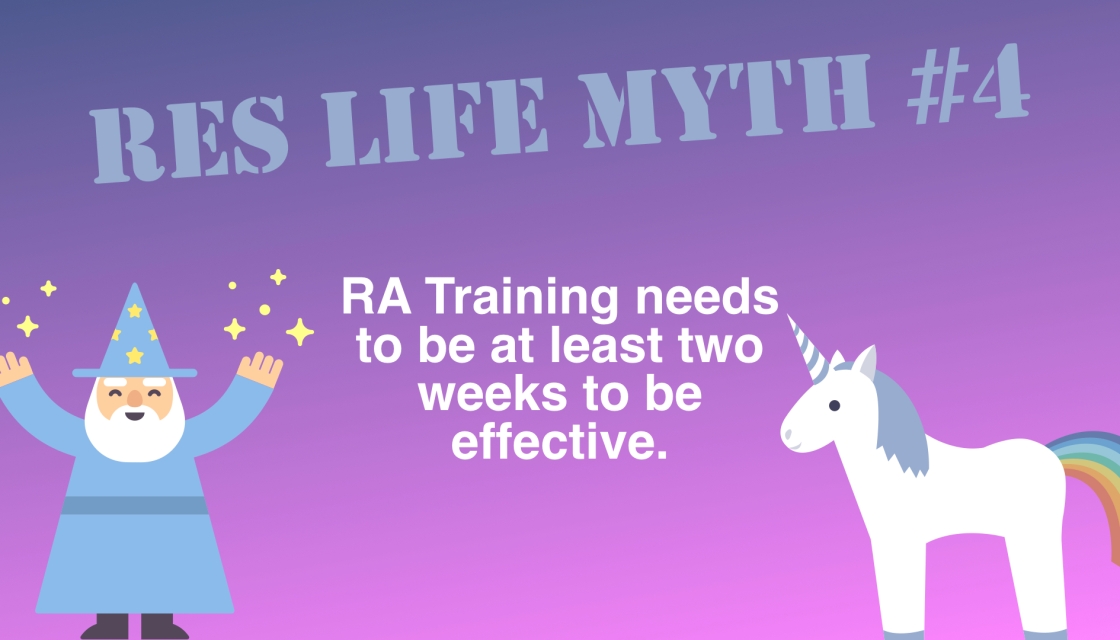 A number of departments and institutions have recognized that as the roles of residential education staff have evolved and technology has advanced, many of the assumptions upon which training programs were previously built no longer hold true. For example, resident assistant and student staff training programs typically occur in August, before residence halls open for the academic year, and can often last as long as two weeks. But do they need to be this long? And do they always need to occur in-person and in August? In my opinion, we need to re-evaluate and… Read More Believing that community building happens naturally and doesn’t require intervention is a myth. This “myth” is often not one that is widely believed by most professionals that work in residence life, but rather those that work outside of it. What many individuals do not realize is the amount of work and intentionality that goes into developing happy, healthy, and productive communities. Rather than just providing “sleeps and eats,” campus housing and residence life departments construct living spaces with intentionality. This intentionality has many benefits beyond just the “warm fuzzies” of community belonging. It… Read More

ResLife Myth #2: Overworking Means You Are Effective At Your Job Student affairs practitioners, and particularly those in residence life, often have a problem with overworking. It’s not hard to understand why. Many of us enter this field because we were superstar over-involved undergraduate student leaders. We are also a profession of “helpers.” We do this work “for the students” and that sometimes means that we have to put their needs above our own. A propensity towards achieving and helping, without regards for setting boundaries, is something that is almost inherently baked into our collective DNA. As much as we’d like to help everyone, we can’t… Read More We’ve all heard it before: Residents won’t attend a program, particularly an educational program, unless there is food. While I’m not naive to the fact that food is a great draw, I do believe that we rely on food too much and that it often gets in the way of educating residents. Don’t get me wrong. I love food more than anyone. Ask any one of my friends on Facebook how often I post about food. There are many benefits to food in a community environment. Food is an excellent way of bringing individuals together. A… Read More