From the creative minds of Tony Doody and Heather Shea Gasser, comes the HigherEdLive Contested Issues Live Debate.  The debates took place at the 2016 ACPA Convention in Montreal and involved a series of pairs doing a live point-counterpoint on designated issues.  I had the pleasure of going head-to-head with Ed Cabellon over the idea that students affairs master’s degrees represent the best preparation for working in the field.  I believe they are, Ed believes that there are other avenues that can be pursued.  It was a fun debate to be a… Read More 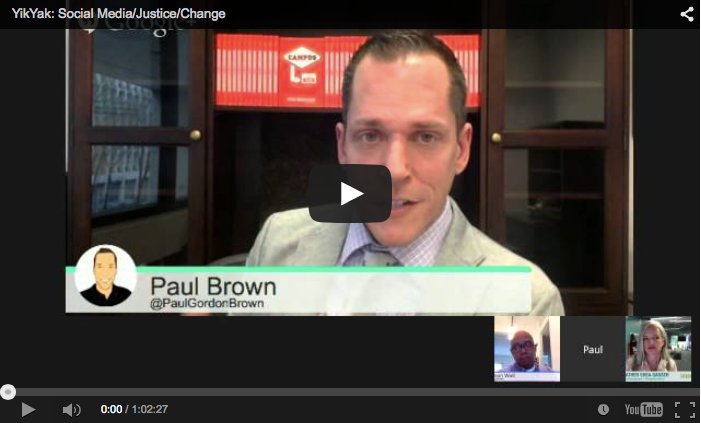 I appeared on a HigherEdLive broadcast along with co-guest, colleague, and friend,  Vernon Wall, and host Heather Shea Gasser to talk about social media and its intersections with social justice and change.  Vernon and I talked about our collaboration on a combined social justice and social media training as well as recent events in higher education surrounding the use of Yik Yak.  See a recording of the episode embedded below. YIKYAK: SOCIAL MEDIA/JUSTICE/CHANGE ORIGINALLY STREAMED LIVE: WED, APR 8, 2015 @ 12:00PM (EST) HOSTED BY: HEATHER SHEA GASSER / HEATHER@HIGHEREDLIVE.COM How does access to a live feed of what people around… Read More

Guest Appearance on HigherEdLive: The Future of Digital Education [VIDEO] 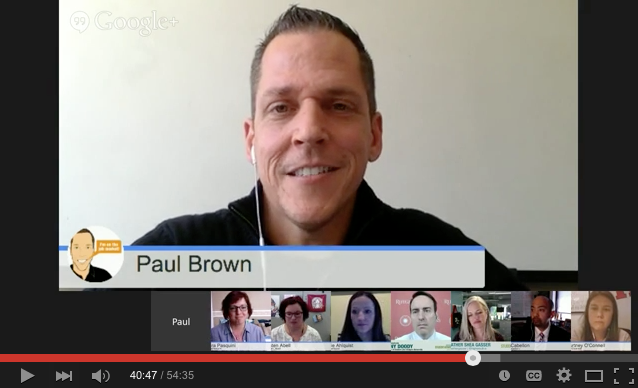 I was pleased to be a part of this week’s HigherEdLive broadcast along with my amazing collaborators and friends on ACPA’s Presidential Task Force on Digital Technology.  The video of our show is embedded below.  I think there are some really great nuggets of wisdom in here.  Laura Pasquini also curated a Storify of the backchannel. Enjoy! THE FUTURE OF DIGITAL EDUCATION ORIGINALLY STREAMED LIVE: WED, APR 1, 2015 @ 12:00PM (EST) Nine months ago, a team of top scholars, practitioners, and leaders from a range of industries were brought together by ACPA to address the… Read More