I had the opportunity to present with #SAgrad superstar, Craig Bidiman, on how colleges and universities can leverage social media as a means of engaging their students.  The following video comes from the 2015 NASPA conference and gives a broad overview of the philosophy, approaches, and mindset departments must take to go beyond seeing social media as merely a broadcasting tool and instead as a vehicle for connecting with students.  Enjoy:

10 Questions To Think About Before Starting That PhD

Getting a PhD is not a decision to take lightly.  Having been a full-time student for three and a half years now, I wanted to share some of the questions I think you need to ask yourself before you apply and begin in order to be set up for success. If you can successfully answer all of these questions, then maybe a doctorate is right for you.  These questions \ apply to most PhDs, however I want to acknowledge that I am coming from a higher education doctorate perspective.  Some of them may make more… Read More 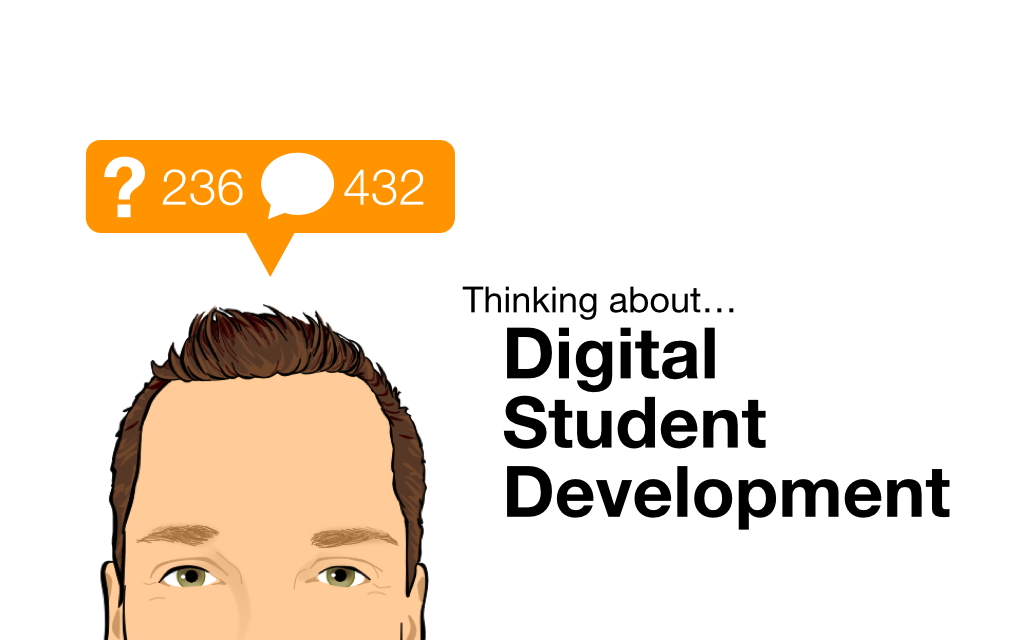 I have the pleasure of presenting at the NASPA Region I Annual conference today.  The topic?  How might we re-envision Student Development theory for the digital age.  Below you will find an abbreviated version of my presentation. Some additional resources that might be of interest include: My past posts related to digital identity and identity development in digital/social media contexts. My dissertation research proposal on college students, social media, and the self. An animated video on Bronfenbrenner’s Ecological Theory reimagined for social media. A video of my ACPA 2014 PechaKucha title “Digital… Read More

How Can We Send The World To College?

Martin Trow characterized higher education systems as being on a march from elite systems of higher education, educating just a few, towards mass and universal systems, educating the many. Massification is a phenomenon that has impacted higher education worldwide particularly since the 1960s. Today, these trends continue. By 2025, the total demand for a college and university education is expected to reach nearly 235 million, approximately double what it was in 2007. Expanding access for higher education, although a laudable goal, does not come without consequences. The United Nations Universal Declaration of… Read More

As you probably know at this point, my research involves college students and how they construct a sense of self in digital and social media spaces.  In conducting this research, I’ve encountered the term “digital identity” frequently.  I’ve used it, and some of my doctoral student colleague friends have written about it (including Paul Eaton, Josie Ahlquist, and Ed Cabellon).  What I haven’t often found is a clear consensus on what “digital identity” means in a student affairs or college student educator context.  As I’ve furthered my own research, being perfectly clear on this concept (at least… Read More