SPOTLIGHT: University of Michigan’s On Snapchat 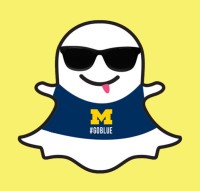 Snapchat is an odd social network/chat app to be using for engagement with your students, but a couple of institutions are trying it out.  Most recently, the University of Michigan joined the University of Houston beginning efforts in this uncharted territory.  With Snapchat being one of the most popular apps for students in the 18-24 year old demographic, it makes sense.  They detail some of their efforts and how they arrived at crafting their Snapchat presence in an update on their website.

One of the first things they did was run a #Selfie/T-shirt giveaway contest: 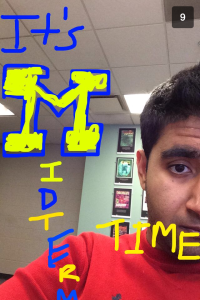 The University of Houston also gave a shout out to Michigan for joining them on Snapchat.  Houston was one of the first universities in the country to initiate a presence on the app. It will be interesting to see where this goes…

This is a post from my ongoing effort to highlight interesting examples of social media efforts by colleges and universities every Monday.  Check out past examples here.  Have an example to share?  Tweet me.

2 Comments on “SPOTLIGHT: University of Michigan’s On Snapchat”