The internet is open.  This is both the beauty and power of the internet and the ugly side of the internet.  Part of its beauty is that it enables peer-to-peer learning, the facilitation of relationships and the organic building of community.  Part of its power is that it democratizes conversation without needing to go through an authority or formal distribution channel.  If you have an idea, you can share it–find an audience of like-minded individuals and/or engaged dissenters.  The ugly side is that it can enable hurtful, negative and trolling behavior.  The tension between these two, trying to figure out what constitutes open and free communication and how to ensure civil and productive conversations, is something society has struggled with since the very first social media post (and even before social media itself).

This exact conversation has been bubbling up in (to what my knowledge is) the largest group for student affairs professionals on Facebook.  There have been various approaches to addressing this through discussion, attempts at group-generated guidelines, and other means.  Yesterday, however, designated admins for the group posted a set of “group guidelines.”  They read:

The purpose of this Facebook Group is to create an peer-to-peer online community of Student Affairs Professionals in which everyone is both a teacher and student at the same time. Together, we support each other as we play, learn and grow together to collectively reach higher levels of success. The following guidelines should be used as a way to help facilitate healthy and productive conversations. Anyone found violating these guidelines may have their content remove and/or be personally blocked from the group.

WHAT WE ENCOURAGE & you should LIKE:
—> Peer-to-peer learning
—> Sharing of valuable and relevant content from within your own experience
—> Treating everyone in this group with dignity and respect: respectfully agree to disagree.

WHAT IS NOT ALLOWED & you should FLAG:

—> No Obscene or Hateful Language
—> No Self-Promotion (If you produced it, don’t post it.)
—> No Ad Hominem Attacks (Refute ideas, not people.)

QUESTIONS OR CONCERNS?
Email info@studentaffairscollective.org and one of the group admins will follow up.

Thanks. Here’s to your continued success!

As a social media researcher… this is the stuff I LIVE FOR! 🙂  There are so many different issues present in this conversation.  I don’t know that there are any firm answers, but it’s excellent fodder for discussion.  Here are two topics that I’ve been ruminating on and my thoughts about them:

1.  “No Self-Promotion (If you produced it, don’t post it.)”  This is the guideline that seems to have gotten the most discussion going.  At its core, it seems to center around what “self-promotion” means.  From what I’ve read of the discussion, the “spirit” of this guideline is that it’s attempting to limit trolling or blatant attempts to promote businesses/individuals who have something to sell.  That’s not an unreasonable guideline if this type of posting becomes so overwhelming that it drowns out other conversations with the group.  The problem, however, is that the internet has blurred the lines between the individual and the entrepreneur.  Using myself as an example, I run a blog, but I also do speaking engagements and consult.  My blog posts are generally about what I speak about, but not always.  If I write a post I think will be helpful for others (or just funny… as I’ve been known to do) and I share it, I am doing so with the aim of engaging in dialogue and/or sharing something I think others will find helpful.  I am, however, also getting some private benefit in that it raises my profile and may lead to someone deciding to hire me and/or bring me to campus.  The question then becomes, what’s the standard?  What’s the difference?  Is it how many times someone posts?  Or is it about the content?  Is it a public good or a private one?  What happens when it’s both?

There is something else present here that I find interesting regarding this guideline.  I’ve presented and promoted the idea of blogging as a professional activity in the classroom and at conferences.  I also encourage the students I teach and professionals with which I work to write for publication.  I think writing can be a very useful thing for professionals.  It allows you to think through ideas, advance your ability to express yourself, and engage with others in discussion.  There are a lot of benefits.  These benefits multiply when one enters into community with other writers and readers.  When new writers or bloggers start out, it’s exciting.  Although gaining readers, page views, and traffic may not be one’s ultimate goal, it’s nevertheless part of the process.  It engenders discussion.  It gives people confidence and encourages them to write more.  Posting to a Facebook group is an excellent way to share ideas and engage readers.  For a new writer, social media forums are an excellent outlet.  I think this is something that should be encouraged.  This is an important part of the developmental process of any content producer.  If you write a book that you’re proud of and think will be helpful, I think you should share it!  I’m okay if there’s also a self-interest goal attached to it to.  I am more than happy to be a part of your journey and celebrate with you.

2.  Who decides?  Who controls?  Who owns?   Of course, as I mentioned earlier, there may be an appropriate line when sharing something once, or a new piece just occasionally, turns into trolling and constant posting only for one’s own self-interest.  The problem, however, in trying to “police” this is that there is not necessarily a true “group owner.”  In a group as large as the Student Affairs Professionals Facebook group, it’s hard to say who really “owns” it.  It seems as if it’s owned as a collective, as a Public Group, but Facebook requires that groups have dedicated “admins” with certain “powers” over the group.  Facebook designates three types of groups: Public, Closed and Secret.  (If you’re interested in learning more about the different types, check out Facebook’s own explanation.)  Facebook’s designations are centered more around privacy (who can see what posts and who can join) but I believe there is also a hidden set of assumptions baked into how these groups operate in practice.  These “hidden guidelines” are the community standards and ways community members have decided the community should operate.  These are embedded in the community’s relationships with each other as well as in the societally-and-group-learned beliefs that individuals bring to the table.  (For the theory nerds out there, think about Bronfenbrenner’s macrosystem and exosystem.)  How to surface these, give voice to these, and debate these are of critical importance to how a community conducts itself.  It’s messy and it’s hard and there isn’t one single answer on how to accomplish this. 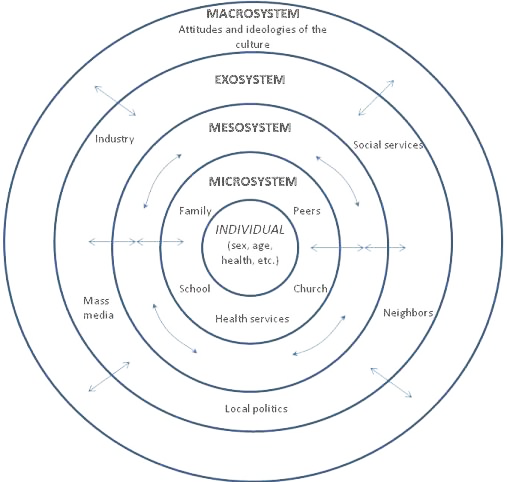 So that’s what I’ve been thinking about.  There are a lot of issues here.. interesting issues… important issues… and issues that are found everywhere, not just on the internet but on physical campuses and in student communities alike.  I realize I’ve proposed more questions than provided suggestions or answers, but I believe that is what makes these topics so compelling.  There’s never one answer.  The answer is embedded in the process of reaching it.  Something that goes far beyond just one individual.  The process is the product.

Now here’s where things get meta, weird, ironic, sublime, subversive and strange.  By posting this to the Student Affairs Professionals Facebook group, am I self-promoting?  Should this type of content be allowed?  I could cut and paste this into the group or I could link it… are the two any different?  Who gets to decide?  Should there even be a “decider?”  What do you think?

← Content Curation: Copyright, Fair Use, and Creative Commons [REBLOG]
Hey #SApro, what was your win today? →